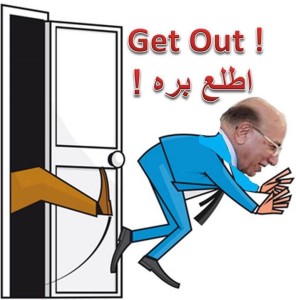 Human Rights and Special Prosecutions Section (Tips)
Criminal Division
United States Department of Justice
950 Pennsylvania Avenue, N.W.
Washington, DC 20530-0001
10/17/2019
Subject :Iraqi President is a Dual-Citizen, Cheating Iraqi Institutions and Public
Dear Teresa McHenry , Respectfully
Please, accept wormiest greetings form the Iraqi National Center for Legal and Judiciary
Studies and Research. The Center is registered and licensed by the Iraqi Prime Minister’s
office for non-governmental organizations.
I would like to inform you that Iraqi president, Mr. Barham Salih is a U.S and British
citizen from Iraqi origins. Effective 2005, The Iraqi constitution prohibited senior
political positions to be filled out by dual-citizen candidates. Mr. Salih has cheated the
Iraqi institutions, and the Iraqi public, by announcing that he renounced his British
citizenship, as shown in the attached official documents. Everyone knows that according
the U.K.’s Neutralization Law, a person can renounce his citizenship, but apply later for
the citizenship to be reinstated for a fee. He can do just that when his term is over.
But more importantly, Mr. Salih purposely did not disclose his U.S. citizenship, to
circumvent the Constitution requirements, and to cheat the Iraqi institutions and public, to
achieve his ambitions for power. This is done in violation of the people’s constitutional
and legal rights, for pure personal gains, and away from any U.S. authorities scrutiny.
This act of deception has gone unchecked, while free and innocent Iraqis are being
slaughtered by the hands of official authorities and pro-governmental militia, for
exercising their rights to protest, and for demanding holding the criminal leaderships